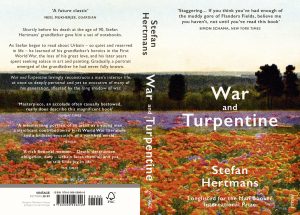 War and Turpentine was nominated for the Man Booker International,

“War and Turpentine has all the markings of a future classic” (Neel Mukherjee, The Guardian)

“a rich, fictionalized memoir” (The Times)

a “masterly book about memory, art, love and war” (The New York Times). 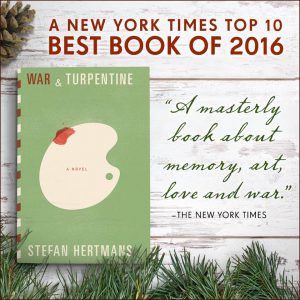 International succes for WAR AND TURPENTINE, translated into 26 languages 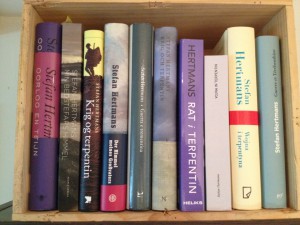 by Rebecca Benoot,Make the most of those cosy winter nights with a bit of homegrown literature

The days are dark, cold and wet: in other words, the perfect time of year to close the curtains and curl up in front of the fire with a cup of tea. The only thing missing from this soothing picture is a book, one that will distract you from the dreary weather and transport you to a fictional world. As a little inspiration, here are the most outstanding Flemish novels of 2014, for you to read – and share – this holiday season.

Oorlog en terpentijn (War and Turpentine)
Stefan Hertmans • De Bezige Bij
Though this novel was published in the autumn of 2013, Oorlog en terpentijn (War and Turpentine) won so many prizes this year, we’ve decided to include it here. And besides, it hasn’t been surpassed this year. It is, without a doubt, one of the best novels published in Flanders over the last several years, winning multiple awards, including the prestigious AKO Literature Prize last month.

Author Stefan Hertmans’ grandfather, Urbain Martien, was a corporal who fought in the First World War. He later wrote an account of this harrowing experience and handed it to his grandson just before his death in 1981. It took Hertmans 30 years to muster up the courage to read it.

Eventually, though, he did much more: He turned the account into a novel to honour his grandfather, a man who once gave him a watch when he was a boy, a meaningful heirloom that was shattered in the hands of a clumsy young Stefan. It was an event that stayed with him and filled him with guilt and the determination not to let his grandfather down a second time.

During the Belle Époque, the well-educated Céline marries a poor and ailing painter. Their son, Urbain, inherits his father’s love for painting and restoration, a passion that has to be put on hold when the war starts.

In the first part of Oorlog en terpentijn, Hertmans reconstructs his grandfather’s childhood – his relationship with his parents and his education. In the second part, the point of view shifts, and Urbain becomes the narrator instead of Hertmans himself, based on the account he left behind of his own experiences during the slaughter of 1914-18.

Urbain eventually becomes a war hero but is crippled by the conflict none the less. The book goes on to recount the love of his life and his eventual marriage, from which Hertmans’ mother is born. This is where the notes that Urbain left his grandson end.

The remainder of Oorlog en terpentijn is based on many long conversations with relatives, concluding an intricate and inward-looking saga. Hertmans tells this harrowing piece of family history with poise and compassion, showing us with intimate detail how lives can be shattered by a single brushstroke.

WAR AND TURPENTINE WILL BE PUBLISHED BY HARVILL SECKER (LONDON) and ALFRED KNOPF (NEW YORK).

Due to extensive international attention for War and Turpentine Publishing house De Bezige Bij had an English trailer made for the book. You can watch this trailer here: 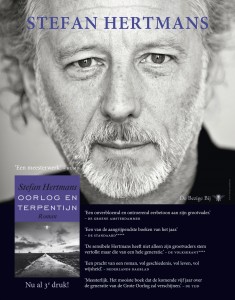 Stefan Hertmans’ latest novel, War and Turpentine,  published August 2013, is a huge success in Belgium and the Netherlands, but also arouses wide international attention. It is based on some notebooks of his grandfather, containing memoirs of the First World War, written down when he was a man of over seventy. They also contain a breathtaking account of a youth in Ghent in the industrial era before 1900, and show a boy growing up in poverty, with a father who was a fresco painter, and an awe-inspiring mother who had a deep influence on his outlook on life. He works in the iron foundry from his 13th on, enrolls in the Military Academy in 1908, and is sent to war in August 1914. What follows is a minute account of these terrible years, seen through the eyes of a Flemish, catholic, sensitive young man. He gets wounded five times, recovers in Liverpool (where he discovers a secret about his father, who died young from pneumonia), and gets back to the trenches time and again. 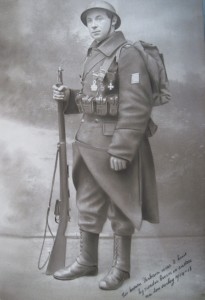