Some soldiers return home and are unable or unwilling to talk about their wartime experience. Others speak about little else.

In the Flemish writer Stefan Hertmans’s potent new book, “War and Turpentine,” we meet a World War I veteran of the garrulous variety. This man is the author’s grandfather, Urbain Martien, a forgotten war hero who told his battle stories so often that his children and grandchildren plugged their ears.

“War and Turpentine” is billed as a novel, but that’s hardly the word for it. It’s an uncanny work of historical reconstruction. Late in his life, his family bored with him, Mr. Martien retired to a table. Writing in ballpoint with painful, gouty fingers, he began to pour his crystalline memories of the war and of his impoverished childhood in Belgium into two large notebooks, some 600 pages of manuscript.

Mr. Hertmans read and reread these notebooks, and he retells his grandfather’s life in his own modern voice. The result is a gritty yet melancholy account of war and memory and art that may remind some readers of the work of the German writer W. G. Sebald (1944-2001), who mined similar themes in books that were also literary hybrids.

The author’s grandfather, born in 1891, died in 1981. “It was as if his life,” Mr. Hertmans writes, “were no more than two digits playing leapfrog.” Between those dates a world vanished, one that is reanimated here.

This book’s centerpiece is a long section that relates Mr. Martien’s war experience in a first-person voice of his grandson’s own devising. It pivots quickly from innocence to experience, and it is harrowing.

Mr. Martien spent much of the war in the trenches. We read of the dreamlike horror of the first German zeppelin that floats overhead, of an early German attack that was “a moving wall of metal, smoke and gunfire” and “seemed to herald the last judgment.”

Mr. Martien was shot on three occasions (groin, leg, lower back) and was returned twice to battle after recovering. He watches his fellow soldiers transform from patriotic boys to “a mob of emaciated ghouls.” Moral scruples are left behind. He sees “the physical annihilation of an old-fashioned breed of human being.”

There are moments of unholy beauty as well. When a nearby city opens the locks on its river and floods the countryside, pulsing waves of fleeing animals rush past the soldiers as they “watched with pounding hearts.”

Mr. Martien returned home a decorated hero. His war narrative is nearly enough to sustain “War and Turpentine.” But it isn’t the entirety of this story, which has windows that open in unexpected places.

There is the account of Mr. Martien’s Dickensian childhood in the Belgian port city of Ghent. His father was a poorly paid painter of frescoes in churches, who died young, partly of lead poisoning from mixing his paints. His mother went to work making clothes for a mental institution. There was never enough money or food.

At 13, Mr. Martien went to work in an iron foundry, where he witnessed grisly industrial accidents. His own back became deeply scarred and pitted from sparks that leapt from the flames. He escaped the most dismal fate, “club feet from stepping in molten iron by the furnace.”

This book includes, like the middle eight of a mournful song, a broken love story. After the war, Mr. Martien was engaged to Maria Emelia, the smart, vivacious, dark-haired beauty of his dreams. Before they could marry, she died of pneumonia during the Spanish influenza pandemic.

A dutiful man, Mr. Martien instead married her older sister, Gabrielle, a wallflower who was apparently less wonderful in every regard. But they made a long and dignified marriage, even if it was largely platonic. (Gabrielle wore a raincoat in bed to ward off Martien’s advances.)

“What must it be like, spending your whole life with your true love’s sister?” Mr. Hertmans asks. “Seeing flashes of the flamboyant Maria Emelia in the timid Gabrielle, a woman who spurned his embrace?” It was a torment.

Drifting beneath every aspect of “War and Turpentine” is Mr. Hertmans’s interest in painting, one that was handed down to him. After the war, Mr. Martien attended night classes and, following in the footsteps of his father, became a painter, albeit an amateur.

He mostly painted copies of masterpieces, and for this he had real talent. This book becomes an intellectually agile meditation on what Mr. Hertmans calls “the authentic glow that sometimes lies hidden in a copy.”

I don’t want to give away all of this book’s secrets. But as Mr. Hertmans delves more deeply into his grandfather’s paintings, he finds things in them he did not expect to find. Some of these discoveries are very moving.

Mr. Hertmans is an academic who has also written novels, poetry and plays. “War and Turpentine” is his first novel to be published in English, in this fluid translation from the Dutch by David McKay.

Mr. Hertmans’s grandfather didn’t care much for modern painters: “They muddle along with no respect for the laws of anatomy, don’t even know how to glaze, never mix their own paint, use turpentine like water and are ignorant of the secrets of grinding your own pigments, of fine linseed oil and the blowing of siccatives.”

Urbain Martien was a man of another time. This serious and dignified book is old-fashioned, too, in the pleasant sense that it seems built to last.

Neel Mukherjee in The Guardian on War and Turpentine: 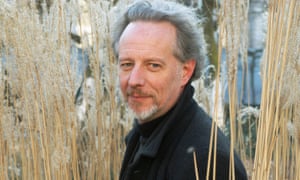 Urbain Martien was born in 1891 to a poor, working-class family in Ghent. His father, Franciscus, was a lowly painter of church murals and died of tuberculosis in his early 40s, but not before he had passed on a passion for painting to his son. Urbain worked in an iron foundry as a boy before going to military school for four years; shortly after he graduated, the first world war arrived, sweeping away the old order of Europe like a giant hand. Urbain served on the frontline, miraculously surviving it. Not only was the world he returned to after the end of the war utterly transformed, but he was, too. Nearly 50 years after his experiences, in 1963, five years after the death of his wife, Gabrielle, he started to write about them. His recollections filled up more than 600 pages in three notebooks, which he bequeathed to his grandson Stefan Hertmans, one of the great living Flemish poets. Urbain died in 1981 and Hertmans didn’t look at the notebooks until nearly 30 years later, when the imminent centenary of the first world war brought back memories of his grandfather’s stories, told innumerable times to anyone who would care to listen. War and Turpentine is the astonishing result of Hertmans’ reckoning with his grandfather’s diaries. It is a book that lies at the crossroads of novel, biography, autobiography and history, with inset essays, meditations, pictures. It seems to be aching to be called “Sebaldian”, and earns the epithet glowingly.
Sign up to our Bookmarks newsletter
Read more

The book is divided into three unequal sections, the longest one comprising Urbain’s experiences in the war, but we are led up to it through the first part, a masterly evocation of the life of the European provincial poor, a world now lost to us irrevocably. Hertmans himself is a character, or voice, in this section, telling us about his memories of Urbain, of tussling with the notebooks and how to confront “the painful truth behind any literary work: I first had to recover from the authentic story, to let it go, before I could rediscover it in my own way”. He visits the places of his grandfather’s childhood years and intensely imagines life as it must have been for Urbain a century ago. There are beautiful pages on Urbain’s father going about his craft, watched by his son; a stomach-churning section on Urbain’s visit to a gelatine factory; a Dickensian account of the dangerous work in the iron foundry. These set pieces shed the light necessary to illuminate a lost world. Through it all, Hertmans muses on the commute between the present and the past.

In section two, the heart of the book, Hertmans removes himself. The narrator is now Urbain, and we get an unflinching first-hand report of the war years from the frontline. Narratives of the first world war are not exactly thin on the ground, but even with such bristling competition it is undeniable that these 90 pages are some of the most distilled expression of unremitting horror. Urbain is wounded grievously three times but even in the hell of death, disease, mud, diarrhoea and ever-present danger, he observes nature with exquisite precision: “The earth warms up; after the chilly morning hours, vapour rises from the miry fields, which shine in the strange light. A blanket of lapwings ripples over the horizon … ” Five lines later, he is talking about the pervasive presence of rats: “Sometimes we roast them, but their flesh is vile, muddy and gooey. A commander roars that we’ll catch the plague.” In David McKay’s lyrical translation, every detail has the heightened luminosity of poetry, from the first sight of a Zeppelin (“this dream-fish drifting silently over our heads”) to a dead horse hanging from a broken elm (“perfectly straight, its bloody, half-severed head gruesomely twisted against the cool morning sky, its legs tangled in the remains of the tree like strange branches”).
Advertisement

In the final section, Hertmans reappears to narrate the six decades of Urbain’s postwar life. There is a sad secret at the heart of his loveless marriage to Gabrielle that it wouldn’t do to give away; it provides much of the pathos in this heartbreaking section. The only consolation left to Urbain in the long tail of his life appears to have been painting, and Hertmans writes about this with both passion and delicacy. The book has such convincing density of detail, with the quiddities of a particular life so truthfully rendered, that I was reminded of a phrase from Middlemarch: “an idea wrought back to the directness of sense, like the solidity of objects”. Hertmans’ achievement is exactly that.

Urbain considered himself and his life ordinary. More than 20 years after his death, he has been given a kind of immortality by his grandson, an extraordinary afterlife that he never could have imagined. War and Turpentine has all the markings of a future classic.

On 21st of June 2016, Stefan Hertmans will speak on inclusion and the arts on the Forum of the European Union Agency for Fundamental Rights in Vienna 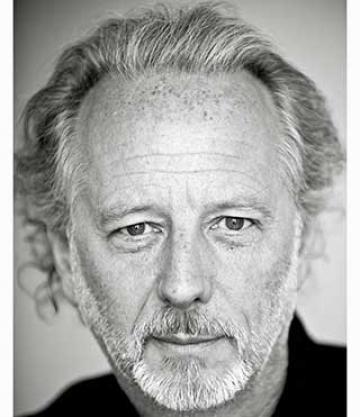 Stefan Hertmans is a Flemish Belgian writer, author of a vast literary and essayist oeuvre, which has won numerous prizes. His last novel, War and Turpentine, is an internationally-acclaimed bestseller. His essays are mostly concerned with the place of arts in today’s democratic society. Previously he was professor of art criticism, agogics and text analysis at University College Ghent. He has engaged intensely in the debates following the terrorist attacks in Brussels on 22 March and has recently written a short play ‘Antigone in Molenbeek’ which was performed at the Amsterdam Forum Re:creating Europe in June 2016. His concern for the arts as the most outstanding form to convey human rights in times of political and cultural crisis, and his strong personal engagement, triggered his invitation to the Fundamental Rights Forum in Vienna.